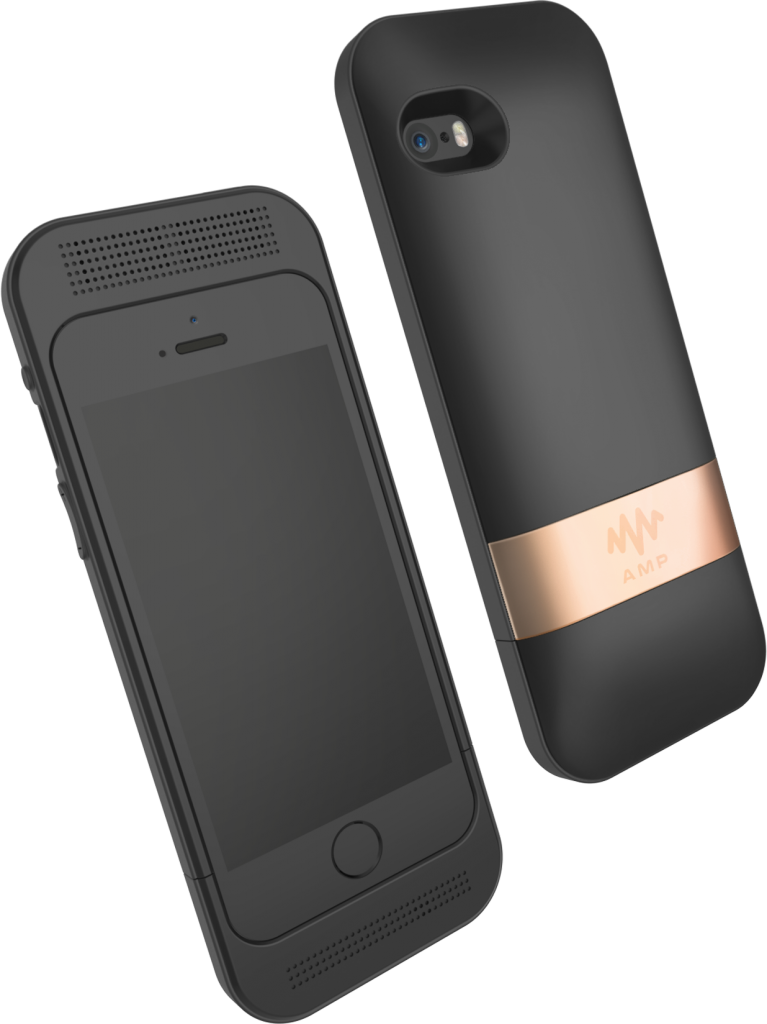 A yet to be released product for the iPhone really sparked my interest as it addressed one of the major short comings of the iPhone as a media, particularly video, consumption tool.

Amp looked to solve this issue by introducing what appeared to be a powered stereo speaker case for the iPhone 5/s. Sure it adds length to the phone but it has perforations on both ends and a battery that charges at the same time, through the same plug, as the iPhone and it gives you stereophonic sound, right? Right?

Well not exactly. It does have two speakers, supposedly stereo, but they both reside on the top of the device. The holes on the bottom of the device are either for appearance or heat dissipation or both. With my discovery of this configuration my inner A/V geek went from potentially really exited to totally deflated.

It has a lot of nice features going for it:

But is has one fatal, non-starter, flaw – non-stereophonic speaker configuration. Why?

Oh there’s another potential problem … it will add even more length to the already super-long iPhone 6 Plus.