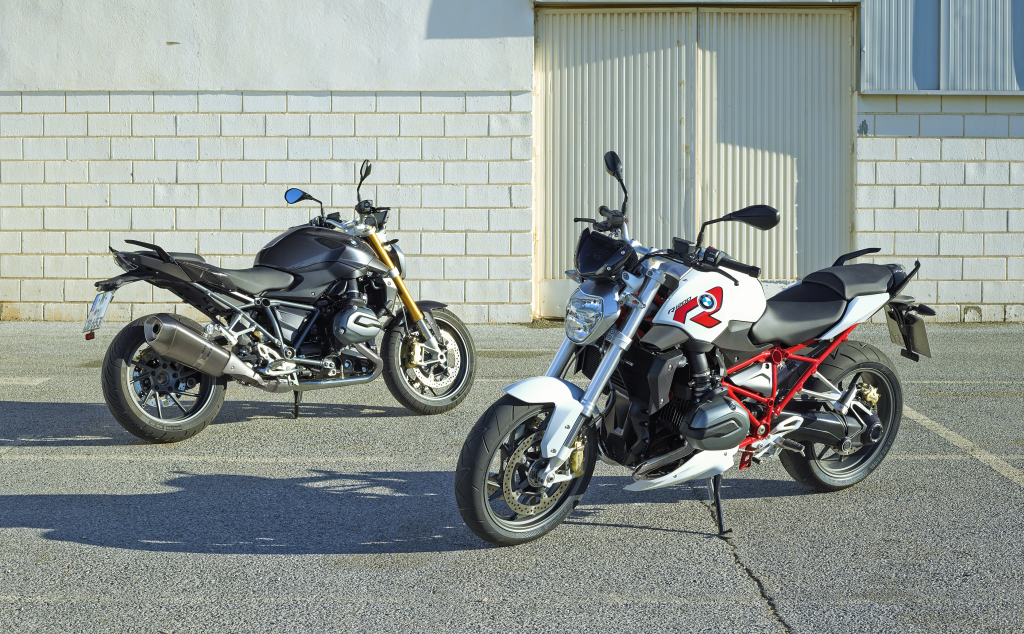 BMW is a name synonymous with practical well-engineered motorcycles. Among the many BMW motorcycle models throughout the years, the R1200R, and it’s smaller displacement forefathers, has been a stalwart example of the epitome of the BMW Roadster.

All was well with BMW until the introduction of the tremendous S1000RR forced them into the race-inspired side of the sport. The S1000RR was a direct attack on the Japanese strongholds in the liter-bike class. It brought super power, traditional modern suspension, and a reasonable price tag.

All of a sudden BMW was at a crossroads. What is the future of the R1200R with its Telelever and Paralever suspension considering that it seemed obvious that the public would want a naked version of the S1000RR. That naked version has been introduced as the S1000R and very directly encroaches on the territory previously occupied by the R1200R. While the S1000R was applying pressure from the sporty side, BMW introduced the custom looking R nineT, which immediately applied pressure from the naked classic side.

With the R1200R getting squeezed out of its established market, the only remaining unique feature was the idealistic Telelever and Paralever suspension. Well wouldn’t you know it but BMW just ditched their previous ideologies with the 2015 R1200R and have outfitted the new version with typical USD forks. Not only that, they now offer ‘refreshed’ bodywork to be more inline with the more modern looking S1000RR and R1200RS, bringing the R1200R closer to the look and function of the S1000R. If you don’t like the new belly pan, you can opt for the version that looks remarkable similar to the R nineT. It’s really your choice, do you want an R nineT look-alike, or an S1000R look-alike.