This past Saturday I was able to revel in my naiveté and take my 2006 Suzuki DR-Z400SM shod with Michelin Pilot One track-day tires off road for my first ‘real’ excursion off of a paved surface.

When I bought my DR-Z400SM, it was after a long internal debate finally acknowledging that while I ride primarily on-road I was, and am, dirt-curious. I purchased the bike used and the previous owner had put sticky street tires because unlike me he has several other dirt bikes. I haven’t wanted to pay for new tubes and tires so I have left them on, even though I have flirted with mild off-road riding.

For my first attempt at legitimate off-road riding I chose the destination of F. Gilbert Hills. What I expected to be small enough to be quickly exhausted, turned out to be quite expansive with many trails left unexplored. F. Gilbert Hills provides few double-track roads where faster riding is possible, but offers 8+ miles of rocky, technical, slow-going, single-track trails. I was able to enjoy both but due to my lack of traction and therefore lack of stopping ability I stayed mostly on the slow-going technical trails. After about 30 minutes I was exhausted, breathing heavily, and sweating in the unseasonal 80 degree weather. 30 minutes wasn’t enough for me. Bypassing an easy opportunity to head home, I continued on the mountain-bike/motorcycle trail on the west side of the park. In hindsight I probably should have called it quits. By the time I got home an hour later my legs were shaking, my hands tingling, and body was in need of hydration and calorie intake.

I’ll be back there as soon as I can to test myself again and explore some more of the motorcycle trails before they ‘close’ at the end of November.

The DR-Z is a great underdog of a motorcycle. It’s power to weight ratio is slightly on the portly side for a dual-sport, but it’s maintenance schedule is very forgiving for the every day commuter, like me. On the road, it is light and nimble, easily maneuvering though traffic. Off the road, it is a pig. Off-road the DR-Z is heavy and carries its weight very high up. Navigating up and down rocky trails was absolutely exhausting. Fun, but exhausting.

Would I rather have a KTM 350 EXC-F or 500 EXC? Yes. Do I have the money and time to buy and maintain one? No. Even if I had a KTM I would want to set it up as a SuperMoto which would cost even more money.

These tires are very soft and grippy and therefore great on the road or track. They performed very well on the rocks and provided sufficient confidence to my novice self. On surfaces other than exposed rock these tires were squirrely and slippery. This limited my speed on flatter roads and trails because if something were to pop out of the woods or from around the corner I would have had no way to stop myself without the front tire giving up and resulting in a low-side.

The DR-Z’s next tires will be more off-road worthy, though still very much road focused.

My main take-away here is that while knobby tires would have performed significantly better, they are not required to get off-road and have some fun. 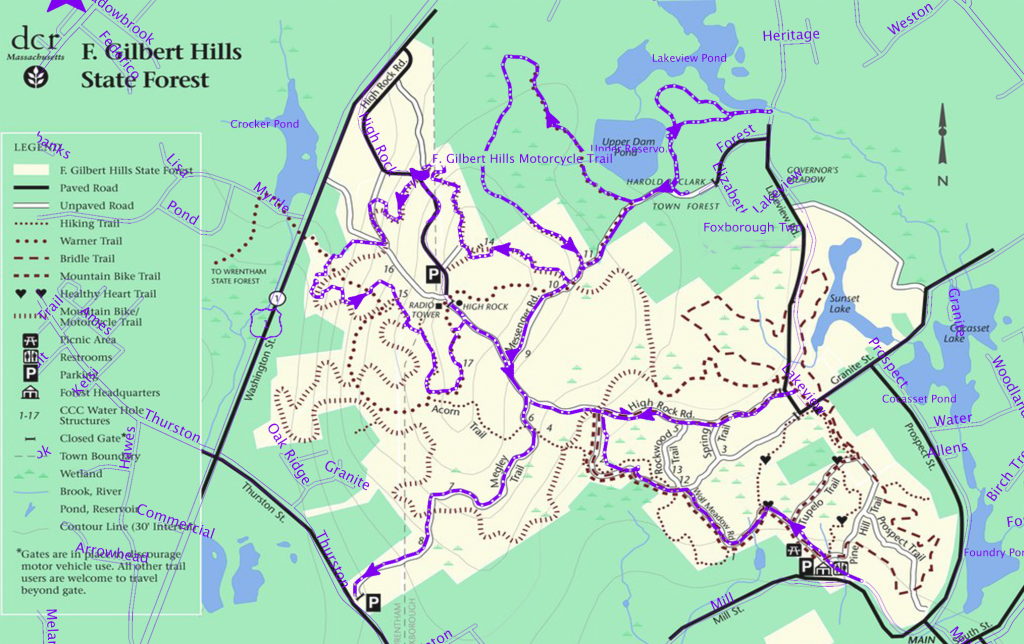 2 thoughts on “Off-Roading on Track-Day Tires”